Woman pleads guilty in $355,000 embezzlement and sentenced to 18 months

“This is a story from 2009 that has all the classic hallmarks of what happens when a long time employee steals from the practice. The losses were large, she was trusted and betrayed her employer. The dentist just wanted to put all this behind him. Unlike many cases, this victim actually was repaid $200,000 of the $350,000 that was stolen.”
– Bill Hiltz

For 10 years, Rosalind Deborah Wright was able to slip insurance payments from the dentist office where she worked into her own bank account.

But yesterday, Wright, 50, pleaded guilty to six embezzlement counts, admitting the evidence shows she stole more than $355,000 from Spotsylvania dentist Alexander Balian.Wright sobbed as she answered routine questions from Judge Joseph Ellis during his acceptance of the written plea agreement.

In exchange for Wright’s six guilty pleas, five other embezzlement counts were dropped by the commonwealth’s attorney’s office.

Balian said yesterday that he’s ready for the whole ordeal to be finished.

“I just want this to be over,” he said, standing with co-workers and family members outside the courthouse.

Balian hired Wright in 1998 as his office manager. Soon after, Wright began taking checks paid by insurance companies to Balian’s office. He said she would sign them over to herself with his signature stamp and deposit them into a private account.

According to the plea agreement, Wright stole thousands of dollars every year for 10 years, the most being in 2002 when she pocketed close to $48,000 from the office without anyone noticing.
Balian said he had suspicions in the past that something wasn’t quite right with the accounting, but never imagined Wright was stealing from him.

“It’s a level of trust you don’t think will be violated,” he said. 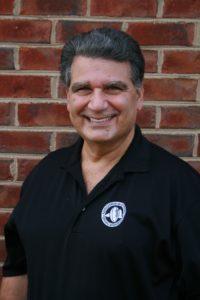 According to the plea agreement, when Wright was confronted by a detective, she quickly admitted to the theft.

Yesterday, Wright’s attorney, Ghislaine Storr-Burks, told Ellis that while she had no reason to contest the alleged embezzlement amount, she was not conceding to the restitution amount until the sentencing hearing, which is set July 20.

According to the plea agreement, Wright told a detective she didn’t know how much she had taken but that “it was however much Dr. Balian said it was.”

Balian has had help sorting through financial records from Terese Hill, who has worked in the office about five years and became the office manager after Wright resigned.

She was the first one to notice an accounting mistake that later turned over evidence of Wright’s embezzlement. Hill said yesterday that helping Balian collect records and sort through 10 years’ worth of checks and accounts has led to a feeling of betrayal by someone she used to consider a close friend. “Now I feel like my whole friendship is a lie,” Hill said.

As part of the plea agreement, Wright is being permitted to stay on bond before sentencing because she is working to pay back restitution, Neely said.

But there is no sentencing agreement. A judge will decide Wright’s sentence July 20. She faces a maximum of 120 years in prison on the six convictions.

A once-trusted employee who stole more than $350,000 from her employer was ordered yesterday to serve 18 months in prison.

She pleaded guilty in June to six counts of embezzlement. Five other charges were dropped.

Yesterday, Judge David Beck sentenced Wright to a total of 60 years in prison with all but 18 months suspended. Wright had no previous criminal record.

According to court records, Balian hired Wright as his office manager in 1998. She soon began taking checks from insurance companies and signing them over to herself with Balian’s signature stamp. She then put the money in her private account.

Terese Hill, who worked in the office with Wright for about five years, was the first to notice a discrepancy and later turned over evidence of Wright’s embezzling. Wright quickly admitted to stealing when confronted by a Spotsylvania detective.

Also yesterday, a plan for Wright to repay $350,000 was finalized. She paid $175,000 to Balian yesterday, according to the agreement. That money came from the sale of a riverfront summer home Wright and her husband owned. She is also scheduled to pay another $25,000 in cash on Dec. 10.

The rest of the debt will be paid through the transfer of two timeshares to Balian and from monthly $500 payments Wright must make or risk losing her primary residence.

Woman admits to stealing more than $400K from Ultradent

Front Desk Manager was stealing Frequent Flyer Miles
How to stay sane when your dental office computers are down.
My practice is “gone”! Planning for disaster.
Increasing your practice’s business insurance